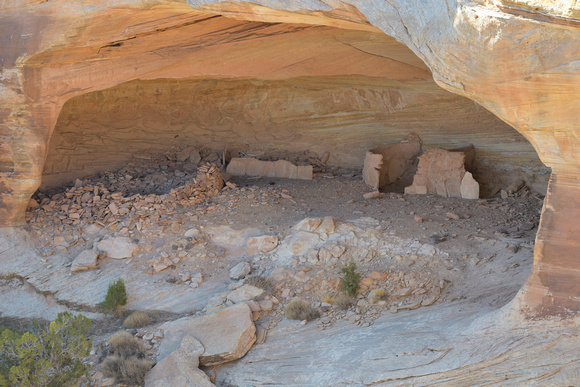 In winter of 1805, a Spanish military expedition, led by the future New Mexico governor Lt. Antonio Narbona, murdered 115 Navajos, mostly women, children and elders in a rock shelter, now known as Massacre Cave. Another 35 were taken captive. Navajo oral accounts say that an old woman who had been mistreated by the Spanish began to yell insults at the distant soldiers, revealing their hiding place. Narbona did not mention the massacre in his final report.

In 1863 Col. Kit Carson sent troops through the canyon killing 23 Navajos, seizing 200 sheep and destroying hogans, as well as peach orchards and other crops. The resulting demoralization led to the surrender of the Navajos and their removal to Bosque Redondo, New Mexico, in the Long Walk.