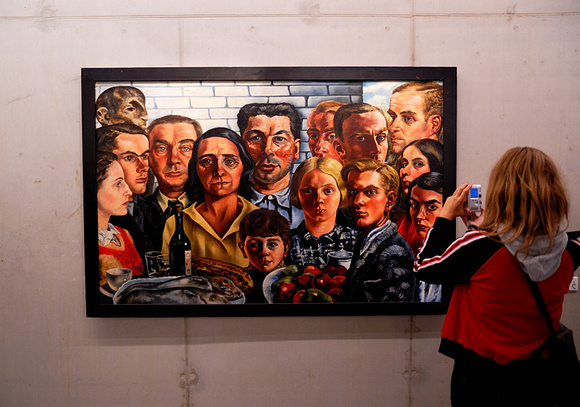 The people portrayed here represent merely a fraction of Toorop's broad circle of friends. Toorop's main intention was to create a group portrait in the tradition of Dutch 17th century Militia Paintings. In 1930s there was great interest in what was seen as the "Dutch identity"; the paintings of the Golden Age, folklore, traditional costumes and customs. Toorop has portrayed those friends who were available to sit for her at that time. She painted their heads individually and did not concern herself with the relationships between them. Neither has she attempted to render them in a uniform manner; she has attempted to capture the individual character of each person.