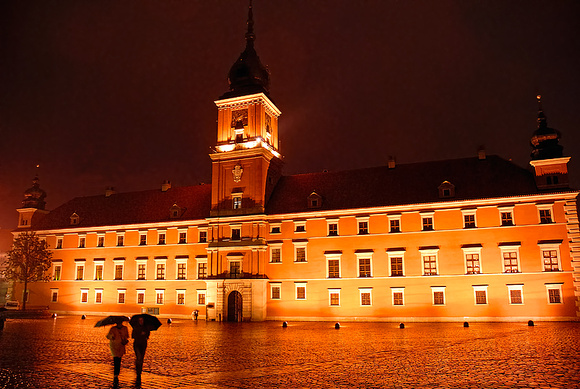 The Royal Castle of Warsaw is one of the top examples of Baroque architecture. Originally built in the 14th century, it became the royal residence of King Zygmunt III after the capital was moved from Krakow to Warsaw. Following the heroic uprising of 1944, the castle was blown up by the Nazis. Reconstruction lasted between 1971-1988 and was funded by public donations.

This photo was taken at 20:00 under a heavy rain shower. The camera and lens got drenched as I kept shooting with no cover and limited visibility. The hood protected the glass to some extent. I deliberately kept the noise and flare, which accentuate the gloomy feeling.