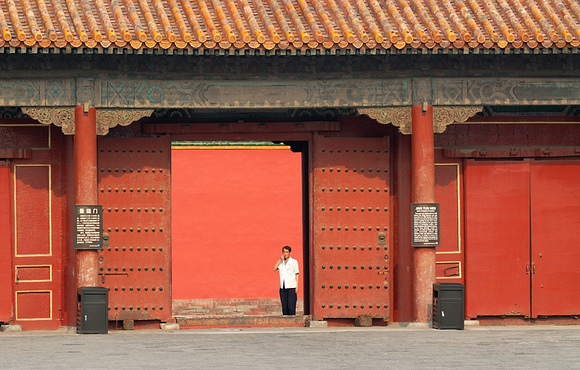 This gate was constructed in 1420 during the Ming Dynasty and was renovated in 1655 during the Qing Dynasty. It is one of the gates in the palace leading to the inner court. Along both sides of the gate were offices of Mongolian nobles, nine chief ministers and imperial guards. In the Qing Dynasty, except for officials on duty or those who had been summoned, princes and officials were not to enter this gate. In order to ensure the safety of the emperor, the guards of princes and officials had to halt twenty paces from the steps.