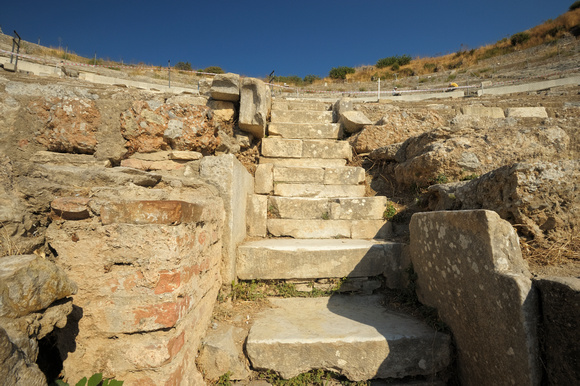 The Great Theater goes back to a preceding structure of the Hellenistic period (3rd-1st century B.C.). In the Roman period there was an extensive rebuilding under the Emperors Domitian (A.D. 81-96) and Trajan (A.D. 98-117) with at first a two-, and later a three-storeyed impressive façade. In addition to the theater performances, assemblies also took place there; in the later imperial period, gladiatorial contests were also attested. Before the 7th century the theater was incorporated into the Byzantine city walls.