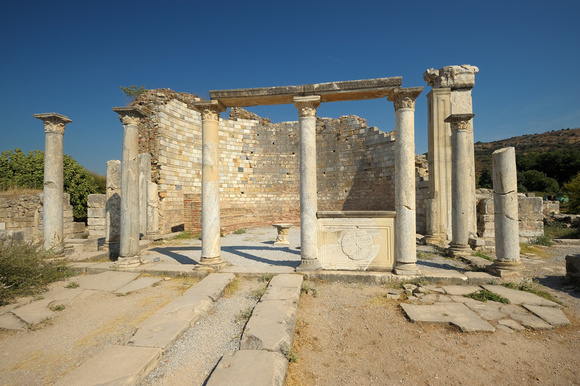 The 145x30 m large, three-aisled church, which can be classified as a basilica, was erected in the southern stoa of the Olympieion Quarter (Temple of Hadrian Olympios) next to the harbor of Ephesos. It is situated within a Roman building that was constructed in the first half of the 2nd century A.D. The church became renowned as the site of the third meeting of the Ecumenical Council (discussing feverishly about and eventually agreeing on the dogma that Virgin Mary is the Mother of God) in A.D. 431. The church was rebuilt numerous times in the late Byzantine period. The seat of the bishop was transferred to St. John's Basilica in the 7th century or before, but the Church of Mary continued to be used as a cemetery church well into the Middle Ages.