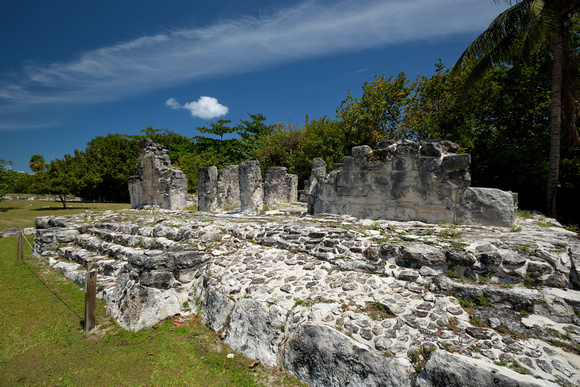 This construction was erected on the southern causeway, a short distance from two other buildings sharing similar architectural characteristics such as columns, benches, flat roof, two galleries and three entrances separated by two columns. These buildings were used for religious ceremonies and in their inner shrines they placed ceramic incense burners with images of the gods of the Mayan pantheon.