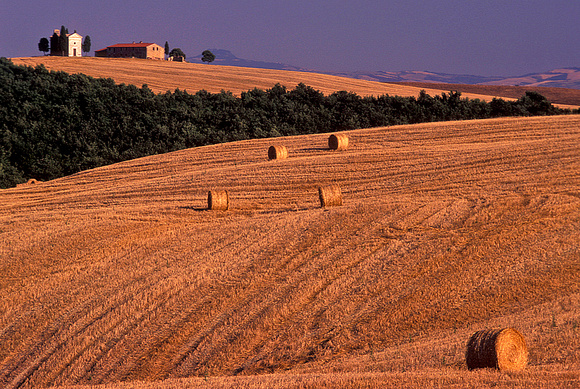 As I was driving from Siena to Montepulciano, I encountered this scene somewhere near San Quirico d’Orcia. It immediately struck me as the quintessential Tuscan summer image with rolling hills and haystacks, topped with cute architecture. Little did I know at the time that the two buildings were the subjects of numerous photographs and postcards. The small chapel is on Via Francigena.